Multiple sclerosis (MS) is a condition that affects the central nervous system (CNS).

The central nervous system consists of the brain and the spinal cord. MS is an autoimmune disease, which means that the body’s immune system attacks its own tissues. The immune system is designed to defend the body against foreign or dangerous invaders, such as viruses and bacteria.

In MS, the immune system causes damage to the myelin, a protective covering around the nerve cells. When the myelin is damaged, the nerve fibers become exposed and, over time, the damage can lead to the loss of nerve cells, which is also referred to as neurodegeneration. 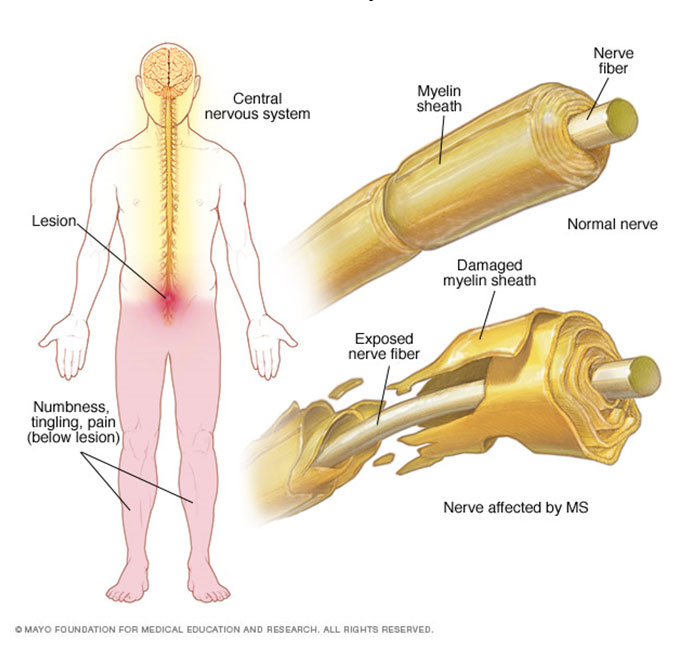 BECOME A MEMBER!
Shared Solutions is a confidential and comprehensive patient support program available to all MS patients.
JOIN OUR COMMUNITY
LIVING WITH MS
Obtain a variety of lifestyle suggestions and tips to consider throughout your journey with MS.
FIND OUT MORE
MS TOOLS & RESOURCES
Find out about MS associations and download our doctor discussion guide!
FIND OUT MORE